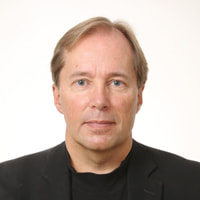 Mark Turchan is a private investor and has been involved with Refana since late 2020.  He is acting as the Chief Operating Officer for the Company.  Mark is a Canadian, was trained as a Systems Design Engineer, receiving a B.A.Sc. and an M.A.Sc. at the University of Waterloo. He also has an MBA from Harvard Business School, where he graduated with Distinction.  In the mid-1980s, Mark did research in artificial intelligence (A.I.) and robotics at the University of Tokyo. During that time, he was also asked by the Canadian Government to survey the state-of-the-art of computing, robotics and A.I. in Japan, given their National Fifth Generation Computer Project.

Across a diversified career, Mark has held executive roles in industrial manufacturing with Deere & Company, in the financial services sector with multiple U.S. Banks and Deere's Financial Unit, as well as with more entrepreneurial roles with smaller professional services firms. As a standalone advisor, Mark assisted companies with the design and deployment of new products.  Mark is also an Alum of McKinsey & Company, where he served Clients across multiple industries from McKinsey's Toronto and Chicago Offices.

Mark currently resides with his family in the MidWest on the North Shore of Chicagoland.
Back to Team